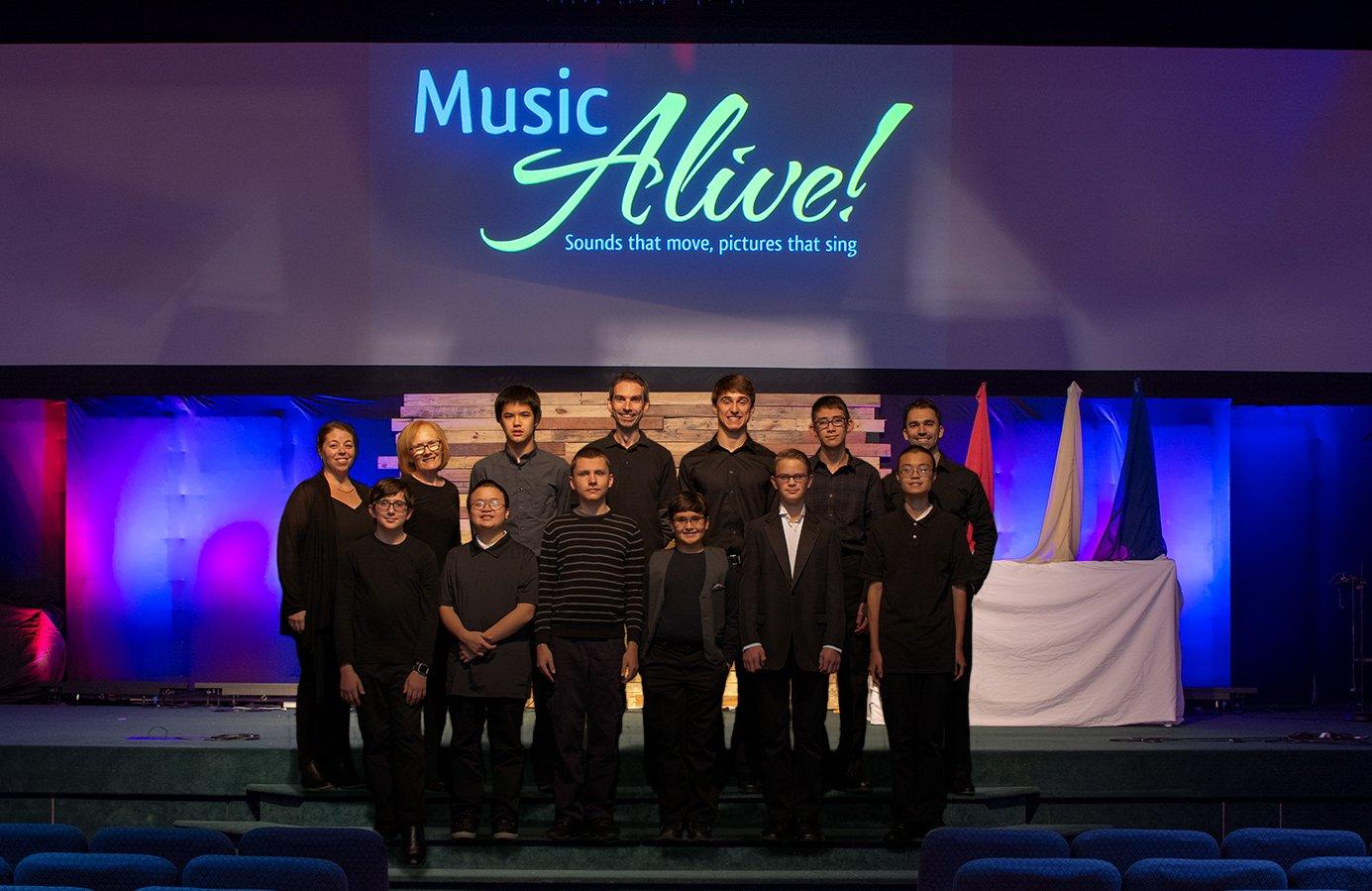 Music Alive! 2018 was another hit! This was the 7th annual multimedia recital where students from the Piano Sensei studio create their own projects,  pairing their music with photos, videos, graphics, acting, movement, or any other kind of visual component.

For example, here’s Andrew playing a piece called Fluttering Leaves. On the screen are images he chose to fit the music. As the music changes, the photos change:

Here’s Philip playing Burmullger’s “The Storm.” Check out the stunning images that sync with the music!

Mandy played a piece called “Lakeside Retreat.” She imagined different emotions for each part of the piece, and then found artwork and colors that depicted those. This includes a short interview with her talking about her project:

The audience loves it because, more than a typical recital where students just get up, play, sit back down, they get to SEE something visual as the music comes alive right before their eyes! Students love it because it’s different. All eyes aren’t on them at the piano! They also benefit musically and creatively.

To see more top favorites from the past 7 years, go to the Music Alive page